Round Top's 4th of July parade is the longest continuously running parade west of the Mississippi.

Thousands come out each year to celebrate our nation's birthday in a great small town way. Round Top has been celebrating the 4th in a big way for 171 years.

At this time, The Round Top Rifle Association is planning to hold this year’s 171st Fourth of July Celebration as we traditionally have.    We will continue to monitor public health status and guidance and, if conditions change, we may adjust plans.  Meanwhile, we hope you'll join us for this long-standing traditional event. 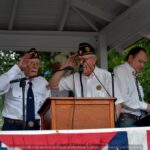 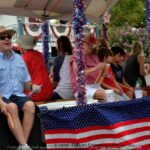 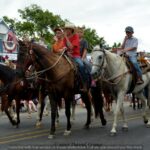 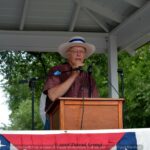 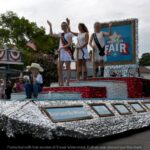 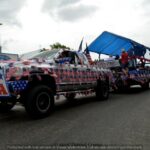 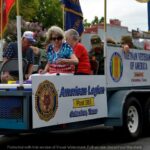 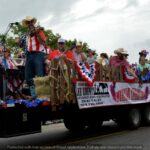 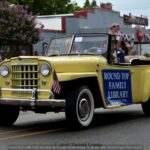 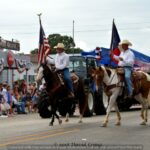 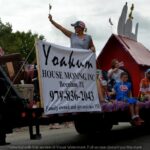 A long and colorful history....

The Round Top community has celebrated the Fourth of July every year since 1851.  In fact, it's known as the longest running Fourth of July celebration west of the Mississippi.  The rest of the year, Round Top boasts an impressive population of 90 souls, many of German origin.  But on the Fourth of July, our neighbors from Houston, Austin, San Antonio and everywhere in between travel into Round Top for a taste of an old-time, small-town Fourth.

The civil war-era cannon roars at 10:30, announcing the parade of handmade floats, antique cars and tractors, fire engines, trail riders and longhorn cattle.  The parade circles Round Top square to the enthusiastic strains of Round Top's own Brass Band.  Children dart out for candy and trinkets while families and neighbors visit on the town square.

As the parade wraps up, everyone heads a few blocks down FM 1457 to the historic Round Top Rifle Hall. Association members have been up all night preparing mouthwatering brisket, pork, and sausage on the Hall's huge wood fired pits.  German style potatoes, green beans, fixin's, and homemade desserts round out a delicious buffet lunch.

The afternoon continues with music, a raffle, and games for the kids until 4:00 when the local band sets up for the afternoon's dance. Come join us for a fun-filled old fashioned Fourth! 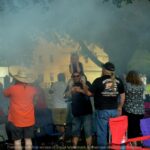 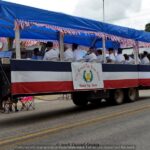 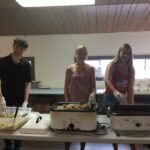 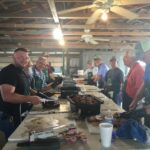 Traditionally in Round Top, a cannon was fired as the official start of the July 4 celebration. In 1889, for some reason, the cannon did not fire. The President of the Rifle Association, John George Kaiser, bent over to inspect the cannon when it suddenly exploded. Mr. Kaiser was severely injured and died several days later from loss of blood and infection.

In 1975, in anticipation of the U.S. Bicentennial celebration, then Mayor Don Nagel had the cannon fragments restored so once again it could sound the start of the parade.

The following historic photographs give a glimpse into the tradition that was and continues to be at the Round Top Fourth of July celebration. 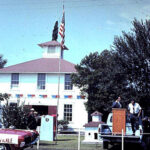 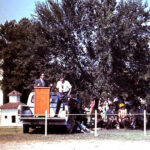 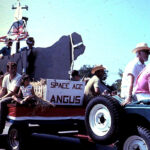 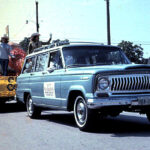 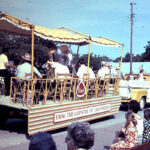 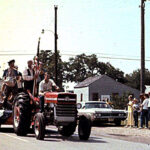 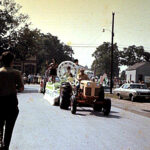 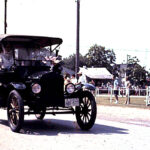 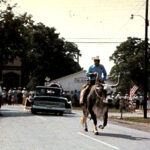 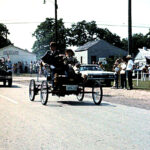 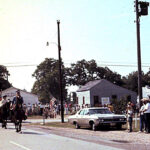 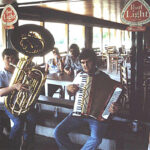 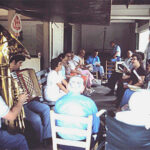 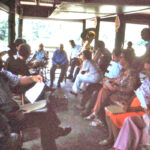 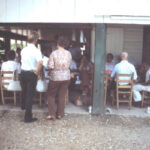 Please visit our Fourth of July Registration page for an application to join the parade.

We hope to see you there!

As our tradition continues, we hope that you'll join us for a fun filled day in Round Top on the Fourth of July.